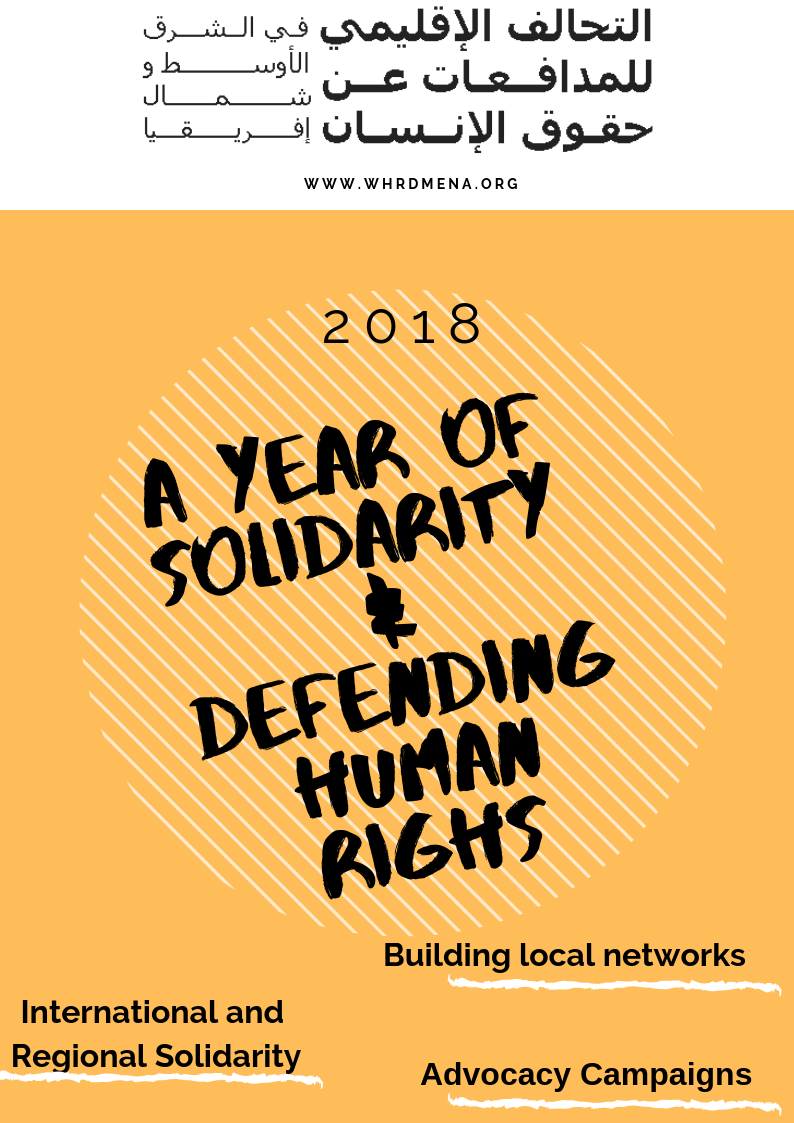 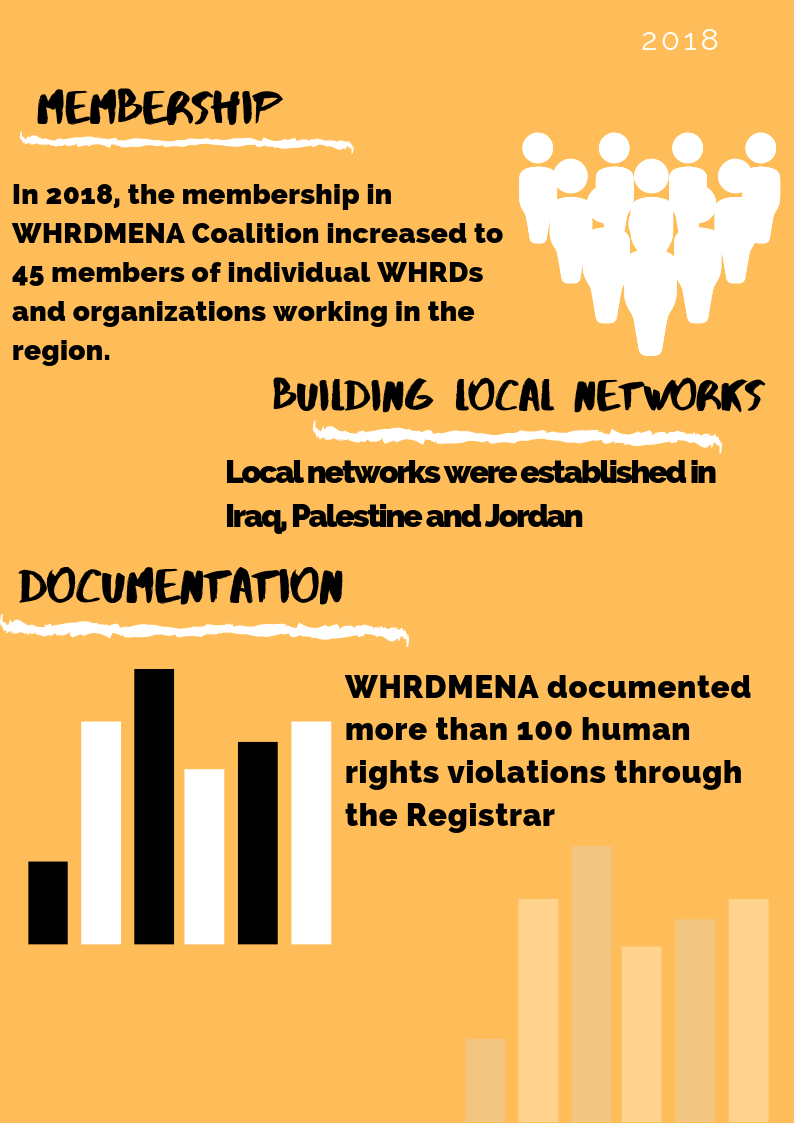 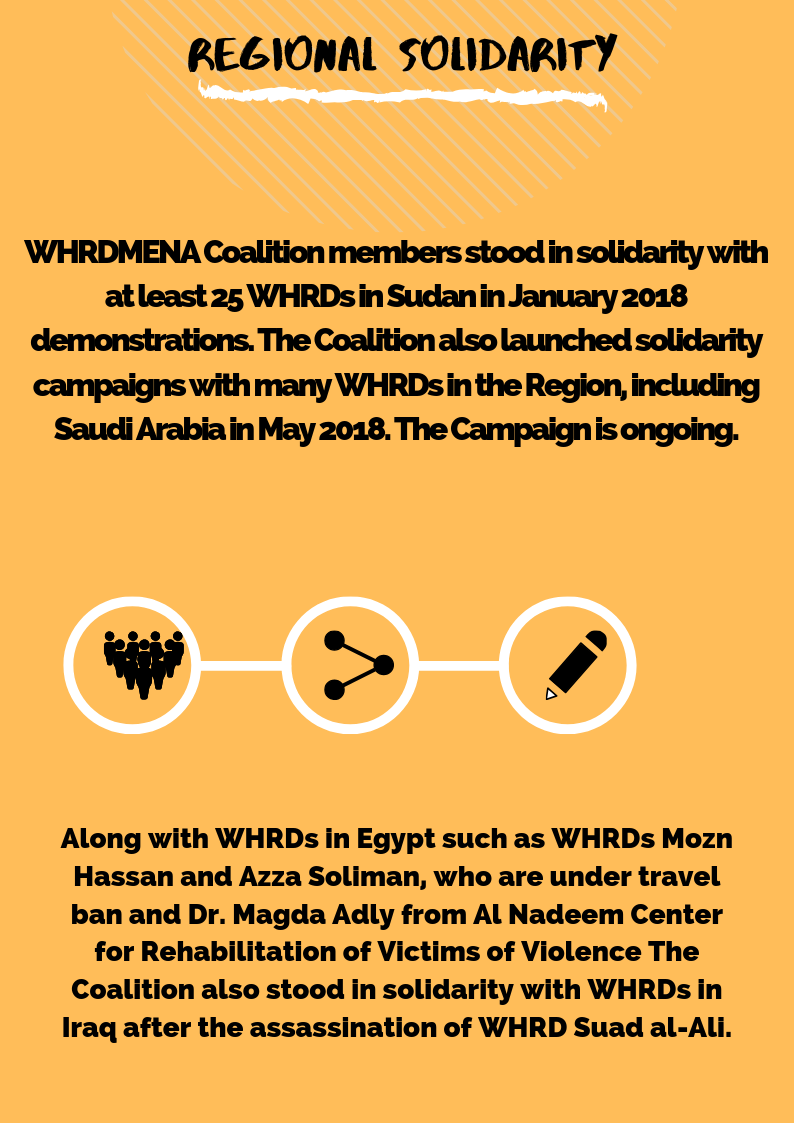 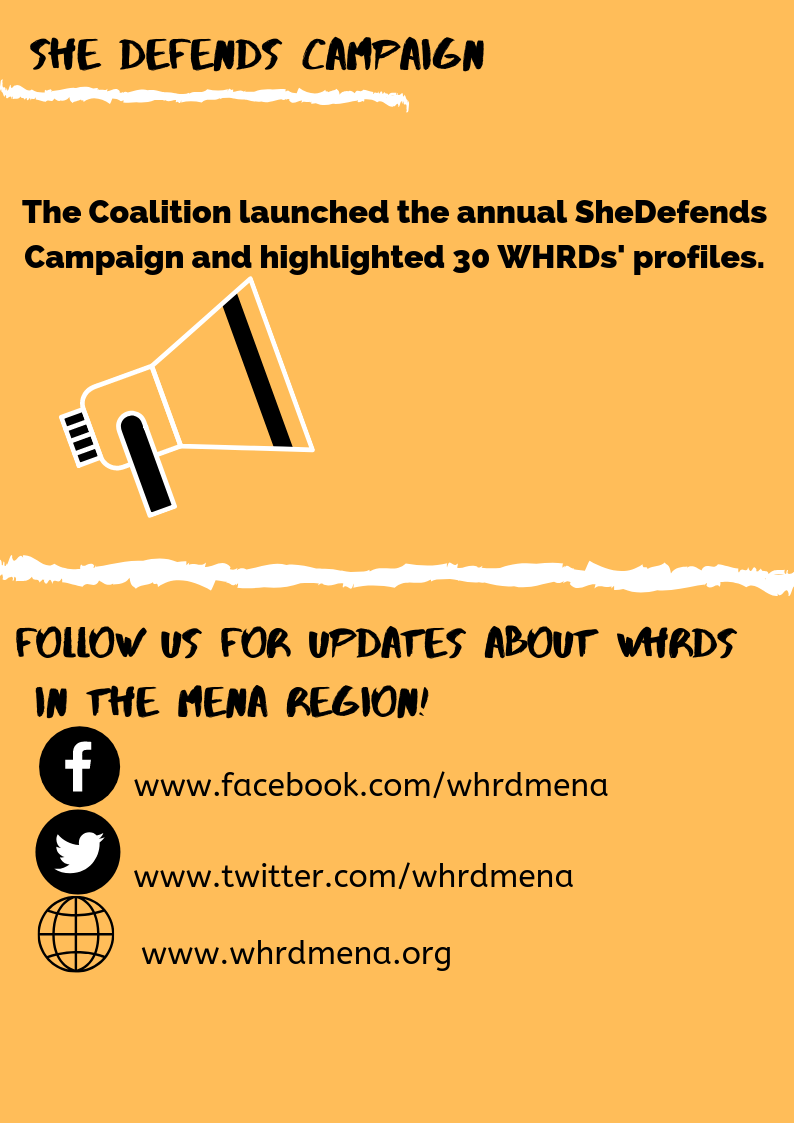 In 2018, the Regional Coalition of Women Human Rights Defenders in MENA was involved in various solidarity and advocacy campaigns, helped establish local WHRDs networks in different countries in the Region and documented violations against women human rights defenders.

Since 2011, there has been an increase of local and regional tension which has pushed the region toward regional and binary alignments. Such alignments have caused a re-emphasis on borders, which includes but not limited to: freedom of movement, and border control. This situation has green-lighted authorities to justify their authoritative security & repressive measures by adopting an anti-terrorism discourse. Such discourses have not only hindered the work of WHRDs, but also put them at risk.

For the above reasons, and many more, national protection mechanisms meeting were needed to develop strategies regarding national/local protection mechanisms for WHRDs as a local advocacy tool in the region, which also aims at reminding authorities of adhering to their human rights obligations along with recognizing WHRDs in their role, in the light of the UN special resolution on WHRDs.

The Regional Coalition was able to document more than 100 violations against human rights defenders.

The Coalition continues to campaign for the release of all detained WHRDs in Saudi Arabia. The Coalition has launched solidarity campaign with WHRDs in Sudan, Egypt and Iraq.

The Coalition shared 30 profiles in Arabic and English of WHRDs from Sudan, Yemen, Bahrain, Palestine, Jordan, Syria, Egypt, and Iraq. The Campaign highlighted WHRDs currently facing charges, smearing, travel ban or in prison due to their work. Due to its coincidence with the 70th anniversary of the UDHR, the campaign also highlighted WHRDs that are currently imprisoned, and those that do their work underground. Read here.